Binney: The Value of the Bible 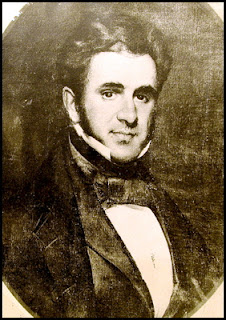 Even as a literary composition, the sacred Scriptures form the most remarkable book the world has ever seen. They are of all writings the most ancient, and contain a record of the deepest interest. The history of their influence is the history of civilization and progress. Scarcely can we fix our eyes upon a single passage in this wonderful book which has not afforded instruction or comfort to thousands. On this ground alone the Bible has strong claims upon our attentive and reverential regard.

Each Testament enhances the value of the other. As an evidence of the close connection of the two dispensations, and of the sanction given in the New Testament to the Old, the former has two hundred and sixty DIRECT QUOTATIONS from the latter, about one half of which give the sense rather than the exact words; and the allusions are even more numerous, being upwards of three hundred and fifty.

The two Testaments contain but one scheme of religion; neither part can be understood without the other. It has but one subject from the beginning to the end; but our view grows clearer by progressive revelation. The truths of God are, in themselves, incapable of progress, but not the revelation; the progress is not in the truth, but in the clearness and impressiveness with which the Scriptures unfold it.

There may be passages in them the full meaning of which is not discovered, and which are perhaps reserved to extinguish some future heresy, or some yet unformed doubt, or to prove, by fresh fulfillment of prophecy, that the Bible came from God . Scripture is like the deep sea, beautifully clear, but unfathomably profound. It seems to say to its millions of students, "My treasures shall never be exhausted; put me not to the rack, but question me incessantly."

The richest treasures of God's Word will not be discovered unless the Holy Spirit himself become the revealer. Psa. cxix, 18; Luke xxiv, 45; John xvi, 13; I Cor. ii, 9-16. The last reference contains, in the original, the words, "which the Holy Ghost teacheth, explaining spiritual things to spiritual men." It is by his light that we become sure of the truth of the Bible or of the true meaning of particular passages. John vii, 17; I Cor. ii, 13. The Interpreter, in whose house Bunyan's Pilgrim saw so many wonders, is the Holy Spirit. Moreover, Scripture interprets Scripture. There is not an obscure passage, containing any important truth, which is not elsewhere explained.

The harmony and perfection of the Holy Scriptures are rendered more peculiarly evident by the constant reference of all their writers to our Lord Jesus Christ. Take him out of the Sacred Oracles and they become a jargon of unintelligible and discordant voices. Luke xxiv, 27, 44; John i, 45; Acts iii, 20-24; x, 43; xiii, 23-37; xvii, 23.

The Holy Scriptures, indited under the influence of Him to whom all hearts are known and all events foreknown, are adapted to profit mankind in every way and for all time. Rom. xv, 4; I Cor. x, 11; 2 Tim. iii, 15-17. They will always lead human progress. The fairest productions of wit, after a few perusals, like gathered flowers, wither in our hands and lose their fragrance; but these undying flowers of Divine truth become still more beautiful beneath our gaze, daily emitting fresh odors and yielding new sweets, which he who tastes will desire to taste again, and he who tastes oftenest will relish the most. Psa. i, 2; cxix, 11, 97; Job xxiii, 12; Jer. xv, 16. In this respect the Scriptures resemble the garden of Eden, in which is found every tree that is pleasant to the sight or good for spiritual food, including the Tree of Life, given for the healing of the nations. Prov. iii, 13-18; Rev. xxii, 2.

Little do those who neglect their Bibles think what refined delights they lose by this turning away their eyes from the most sublime and entrancing object of contemplation that the whole universe affords.

In a museum in Dresden, among many other gems and treasures, may be seen a silver egg, which, when you touch a spring, opens and reveals a golden yolk. Within this is hid a chicken, whose wing being pressed, it also flies open, disclosing a splendid golden crown studded with jewels. Nor is this all; another secret spring being touched, hidden in the center is found a magnificent diamond ring. So it is with every truth and promise of God's word — a treasure within a treasure. The more we examine it the richer it becomes. But how few, comparatively, care to touch the springs as did the Psalmist. Psa. cxix, 96-100.