Some Things That Methodism Stands For 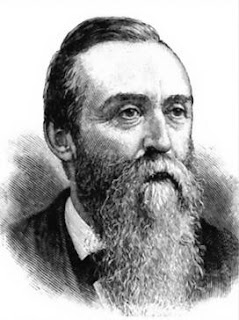 Doubtless Methodism is the greatest religious movement of the last two hundred years. At present it encircles the world and reaches from pole to pole. Strictly speaking, it is not theological in its origin or development. It never has claimed that it has discovered, much less originated, any new doctrine. It has held fast to the theory that, so far as doctrines are concerned, the old are true, and the new are false, and the newer the doctrines, the more likely they are to be false. It has always had substantial faith in the supernatural element in the Bible. It has had a firm belief in the reality of inspiration, that holy men wrote and spoke as they were moved by the Holy Ghost. Never, in the slightest degree, has Methodism confounded the inspiration of the Scriptures with the so-called inspiration of the writings of Shakespeare, Milton, Dante, and Homer. Hence Methodism has always had implicit faith in the Biblical prophets and their prophecies; has believed that the prophets were illuminated; that they clearly saw the things that were to be unfolded in the far-distant ages; that their horizon was not bounded by the things about them, but, rather, when lifted on wheels of fire and wings of flame, their vision was vast as the thoughts of God, and only limited by the horizons of eternity. Methodism has never doubted concerning the recorded miracles of the Bible. It has believed in them all, and has had no trouble in so doing, for it has always recognized an Almighty God as an ever-present factor in the performance of all these miracles.

Methodism has never assumed to classify the recorded miracles of the Bible, counting some as altogether unworthy of being ascribed to Divine action, some others of a doubtful character, and a few others that God might properly perform. It certainly has never sneered at the floating ax, nor the fleece of Gideon, nor the story of Jonah, nor any others. Nor has it set itself up as a judge of what might be ethically proper or improper for the Ruler of this earth to do in dealing with the vile and utterly-depraved inhabitants of Canaan, with Sodom and other scenes of catastrophes in which thousands of the innocent have suffered and perished; it still holds fast to the theory that what is done by the Judge of all the earth is right.

Again, Methodism has always had a theory of the atonement. At least it has steadfastly believed that in the fall of Adam all his posterity has been disastrously affected; that moral depravity has touched every soul; that this depravity has been universal rather than total. Then it has held that the atonement is coextensive with the needs of man, and that the claims of Divine justice have been so fully satisfied that God can be just, the moral government of the universe vindicated, and at the same time all can be saved who comply with the easy terms of redemption's plan. All prison doors are open, all chains and shackles unloosed, so that any soul may be delivered from the bondage of Satan, and come to enjoy the freedom of the sons of God.

Experimentally, Methodism, from the very first, has had a plain, practical, Scriptural faith. Starting on the assumption that salvation was possible for every redeemed soul, and that all souls are redeemed, it has held fast to the fundamental doctrine that repentance towards God and faith towards our Lord Jesus Christ are the divinely-ordained conditions upon which all complying therewith may be saved, who are intelligent enough to be morally responsible, and have heard the glad tidings of salvation. At the same time Methodism has insisted that all children who are not willing transgressors, and all irresponsible persons, are saved by the grace of God manifest in the atoning work of Christ; and, further, that all in every nation, who fear God and work righteousness, are accepted of him, through the Christ that died for them, though they have not heard of him. This view of the atonement has been held and defended by Methodist theologians from the very first. And it may be said with ever-increasing emphasis that it commends itself to all sensible and unprejudiced thinkers, for this, that it is rational and Scriptural, and at the same time honorable to God and gracious and merciful to man.

Methodism has always held that, when the sinner complies with the conditions of salvation, when his penitence is sincere and thorough, when his faith takes hold on the promises of God, when he implicitly and fully trusts in Christ as his all-sufficient Savior, God then pardons the penitent and believing sinner; he freely pardons, forgives him, for the sake of Christ, so that no sin remains charged against the one who is pardoned. At the same time God justifies, and this justification is so complete and all-inclusive that the relations of God and the sinner are changed; the prodigal is not only forgiven, but he is received into the paternal home, and he is clothed and feasted as a son. He is no longer an alien and an outcast, but he becomes a son and an heir. Regeneration is involved in pardon and justification. Old things have passed away, and, behold, all things become new. The blind see, the lame walk, the deaf hear, the dead are brought to life. It is a new birth. The soul is born from above. It was Jesus who said:

The great Teacher did not attempt to explain the process of regeneration. He declares its reality, and insists upon its necessity, and makes known the fact that it is wrought by the Divine energy of the Holy Spirit, and does not invoke metaphysics or psychology to explain the methods of the Spirit. There are mysteries in connection with all life, and so there are mysteries connected with the new birth of the soul. John tells us that "He [Jesus] came unto his own, and his own received him not." (John i, 11.) The Jewish people rejected him, and put him to death, and to this day he is rejected by them.

Methodism has always insisted upon the reality of the witness of the Holy Spirit to the adoption of the regenerated soul into the household of God. Indeed, it has claimed that the Spirit witnesses to the reality of every state of grace in the Divine life in the soul. God reveals himself to men in the realm of nature:

"For the invisible things of him from the creation of the world are clearly seen, being understood by the things that are made, even his eternal power and Godhead." — Rom. i, 20.

Much more definitely and clearly does he reveal himself in the spiritual realm than in the material realm. Methodism accepts both revelations as equally real and within the range of human knowledge.

It is still further to be observed that Methodism has always held to the Scriptural doctrine of perfect love, of entire sanctification, of holiness in heart and life -- of the experience of the fullness of the blessing of the gospel by whatever name it may be called. The Lord Jesus Christ, in Methodist theology, has ever been held to be a Redeemer and Savior resourceful enough to meet all the requirements of an uttermost salvation. The history of Methodism shows that millions upon millions have been thus gloriously saved.

These fundamentals and essentials, not one of which is in any sense new, Methodism has always held, and still holds them, and it is to be devoutly hoped will ever hold them, despite the varying whims and fads and foolish vagaries that ever and anon make their appearance. And we propose to maintain these essentials of faith, "till we all come in the unity of the faith, and of the knowledge of the Son of God, unto a perfect man, unto the measure of the stature of the fullness of Christ." (Eph. iv, 13.)

— From The Blessing of the Fullness of the Gospel of Christ.