The Central Idea of Christianity 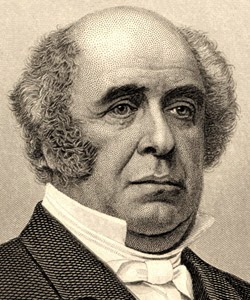 What is the central idea of Christianity?

First, we shall consult the Scriptures. The doctrines, institutions, and obligations included in Christianity, are discussed, separately and combined, in the Holy Bible, in a great variety of forms. But he must read very superficially who can regard them as detached and independent truths. The more profoundly we study the sacred volume, the more clearly we shall see that it embodies and illustrates a splendid scheme of remedial government. Not a thought, not a fact, not a truth, bears a foreign stamp, or indicates in the slightest degree that it exists for itself alone, or for any other system whatever. The great idea which originated the several parts of this amazing scheme, is to be ascertained, not by accidental reading or limited study of the Bible, but by the strictest attention to its drift. Principles, in the abstract and in the concrete, must be collated with the utmost care. The minutest particulars, as well as the most prominent and extensive, must be viewed in their relations to each other, and the grand scope of the whole divine teaching ascertained. whoever does this, will, we think, find the following truths, tending to a solution of our problem, clearly established:

1. The choice of God for the moral condition of the human race was perfect purity; hence he created man in his own image.

2. As this was once the choice of God, it must be eternally so, and the divine preference or will can never be met but by perfect moral purity.

3. Sin interfered with this choice, to the full extent of its existence and reign, and hence called out the severest divine displeasure.

4. There has, therefore, never been and never can be the slightest toleration of sin in any divine communications; it is condemned with unsparing severity in its most secret and plausible forms.

5. As man, by becoming a sinner, has incurred the divine displeasure, he can be saved from calamity and made perfectly happy only by entire deliverance from sin.

6. Remedial measures, originating in God, must aim directly at the destruction of sin. Excepting it in any of its forms, making provision for its continuance, its justification, or excuse, in the soul of the saved, to any extent, would be trifling, impossible in him.

7. The sacrificial offering of Christ, and the means and appliances of the gospel, reveal the plan of salvation by the destruction of sin and the restoration of man to the image of God, and can, in no way, be reconciled with the idea of salvation in sin.

We have not room to amplify these propositions, or to introduce the Scriptures which prove them. Nor is it necessary, as they will not be questioned by any whom we can hope to reach. But if they truly indicate the drift of revelation, they show, incontestably, that the great idea of Christianity is holiness; that this vast scheme of suffering, teaching, labor, and agency, has all been produced and is carried on solely to deliver man from his sins, for the ultimate perfection of Christian character. There are certain Scriptures which show conclusively that we have not mistaken the teachings of revelation upon this great question.

St. Paul to the Colossians has this remarkable saying in regard to Christ: "Whom we preach, warning every man, and teaching every man in all wisdom; that we may present every man perfect in Christ Jesus; whereunto I also labor, striving according to his working, which worketh in me mightily." Then to "present every man perfect in Christ Jesus," is the grand and sole design of apostolic preaching. Christ, as our Mediator, appears among men to answer to that idea. He throws himself into the greatest of the apostles to energize his soul, his eloquence, and his labors, for that purpose alone. Can there be a stronger declaration that the perfection of Christian character is the central idea of the gospel? if so, we have it in this: "And he gave some, apostles; and some, prophets; and some, evangelists; and some, pastors and teachers; for the perfecting of the saints, for the work of the ministry, for the edifying of the body of Christ: till we all come in the unity of the faith, and of the knowledge of the Son of God, unto a perfect man, unto the measure of the stature of the fulness of Christ." Holiness, then, or the "perfecting of the saints," produced the pastorate in all its forms. This alone, therefore, can explain its sacred functions; and in every endowment and authorized effort, it points to the splendid idea which called it into existence.

We give one quotation more, which covers the whole ground of revelation. Paul says to Timothy: "All Scripture is given by inspiration of God, and is profitable for doctrine, for reproof, for correction, for instruction in righteousness; that the man of God may be perfect, thoroughly furnished unto all good works." Here, then, are "the Holy Scriptures " "given by inspiration of God," with their vast details of doctrine, reproof, correction, and instruction, for the sole purpose of producing experimental and practical perfection; and in this life, as it is thus that "the man of God" is to "be thoroughly furnished unto all good works." There is, then, no resisting it. This great idea produced the Bible — the whole Bible — and it is this alone that renders every part of it luminous. If this is the thing to be done, to make "the man of God perfect," it is just the Bible we need; and it is most appropriately entitled, by universal consent, "The Holy Bible." It is therefore settled, by authority, that holiness or Christian perfection is the central idea of Christianity.