But when the gospel has been addressed to men's hearts, and has been received by faith in its transforming power, the weapons of denominational warfare are cast away, and believers vie with one another in magnifying our common Saviour. Such, thank God, are the happy times upon which we have fallen. We live in a day when the Holy Spirit has come down upon the evangelical churches, and we now understand one another, because our hearts speak. In the eras of the warmest theological controversy this heart unison was not noticed amid the din and discord of clashing swords. 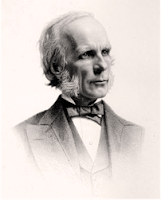 "Tried by the test of exact dogmatic statement there is a plain difference between the Arminian creed and that of the Calvinist; but tried by the test of practical piety and devout feeling, there is little difference between the character of John Wesley and John Calvin. The practical religious life is much more a product of the Holy Spirit than is the speculative construction of truth."


The advance of spirituality will be the advance of that unity for which Jesus prayed in his wonderful high-priestly prayer in the seventeenth of St. John.

It is said that an Asiatic Christian convert met a converted Feejee on the deck of a ship. Ignorant of each other's native tongue and burning with new-born love to God and man the one exclaimed, "Hallelujah," and the other immediately responded, "Amen." By these words they recognized each other as brethren in Christ Jesus. But what are these but two Hebrew words transferred, not translated, into all our modern tongues, words which once resounded over the hills of old Canaan? They suggest the ease with which believers communicate when they have learned the language of New Canaan.